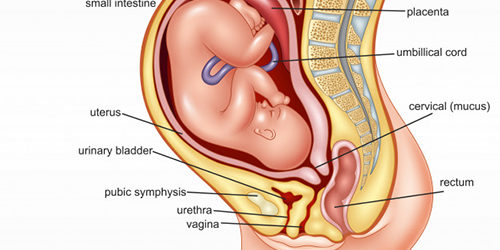 When a woman gets pregnant, what we see is the changes in her body externally. But, there are several other changes that happen internally in her body that are not visible. The physical changes that happen in a woman’s body during pregnancy are detrimental to the muscles, nerves, connecting tissues in her pelvis region. Weakening of muscles in the pelvis region can result in Pelvic Floor Dysfunction that can include Stress Urinary Incontinence, Faecal Incontinence, prolapse of the organs in the pelvis region etc.

What happens to the organs in the pelvis during pregnancy?

Stress Urinary Incontinence is the most common problem suffered by women during pregnancy. The condition gets better and becomes normal after delivery of the child. Studies involving ultrasound imagining of the bladder and urethra revealed that as the child in the uterus grows, the angle of the bladder opening at the bladder neck (where the urethra joins the bladder) increases resulting in urinary incontinence. Also, due to the hormonal changes in the body the mobility of the bladder increases during pregnancy which adds to pelvis related problems.

In a study done in 2003, it was noted that the method of delivery of the child, whether caesarean or vaginal, didn’t make any difference in the symptoms post delivery. This indicated that pregnancy was the reason for pelvic floor dysfunction. However, it was also noted that more percentage of women reported stress urinary incontinence who delivered the baby vaginally. In women whose connecting tissues were damaged during pregnancy, faecal incontinence condition was observed.

Apart from pregnancy, what other factors contribute to pelvic floor dysfunction in women?

Vaginal delivery of the baby starts with ‘crowning’, a stage when the largest part of the baby’s body, the head comes out from the vagina. At this stage, tremendous stress will be laid on the pelvic floor muscles, connecting tissues and the nerves in the region. In many women, several muscles and connecting tissues (fascia) are torn resulting in pelvic floor dysfunction.  Tearing of the connecting tissues resulted in Urinary Incontinence in several women up to 3 months after delivery.  Though these muscles and tissues have the property of healing, they cannot get back to the exact state before pregnancy in terms of strength. After child’s delivery, incontinence issues or pelvic floor dysfunction symptoms may subside but they can return once the woman starts ageing (at around menopause age) and as the muscles in her pelvis region start losing strength. Women with weak pelvic muscles develop pelvic floor dysfunction or incontinence issues much before menopause.

Along with muscles and tissues, nerves also get stretched during labour. However, the elasticity of the nerves is very less (maximum of 22%) compared to that of muscles (200%). This over stretching of nerves can result in loss of nerve supply (called denervation) in peripheral nerves. Nerve damage during labour also causes Stress Urinary Incontinence. If pelvic muscle dysfunction occurs at the same time in such women, the condition becomes worse with time.

Self test for pelvic muscle action

To test for pelvic muscle action, women can try ‘Stop mid-stream test’. In this test, the woman should stop peeing half way. By doing this, she can know if she is able to control the muscles like she should.

Every woman is advised to maintain healthy weight at all times and work on her pelvis region to strengthen the muscles in the area. Whether before pregnancy or after delivery, it is important to keep the pelvic muscles strong to avoid several problems arising out of pelvic floor dysfunction.

Incontinence During Pregnancy and After Childbirth
May 25, 2021